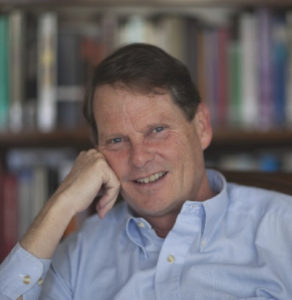 Dr. William S. Andereck is a distinguished physician and trailblazer in medicine and ethics. With over four decades of experience, he has garnered a reputation as one of the top Internists in the United States. His reputation as a clinician has been recognized locally by being named Outstanding Physician of the Year in 2007 by San Francisco’s California Pacific Medical Center, and nationally as a perennial recipient of Castle and Connolly’s “Top Doctors in America” award.

Dr. Andereck is currently on the active medical staff of Sutter Health/California Pacific Medical Center and has a close working relationship with the multiple subspecialists at that institution. He also consults with specialists from the University of California, San Francisco and Stanford University Hospital.

“My work in the field of ethics has helped me appreciate the importance of recognizing each patient’s goals in terms of how they want to address their health. Incorporating the patient’s personal values into a medical plan improves compliance and builds a trusting doctor-patient relationship. I am sure that it is this approach to each patient that has led to the success of my medical practice.”

Since starting his practice, Dr. Andereck has also been active in the medical community in a variety of ways. In 1995 he was asked to develop a forum within the California Medical Association to give voice to physicians in small practices who were feeling threatened by the encroachment of managed care. He developed that forum into a 10,000 member subgroup of the CMA which was effective in making its constituents heard. After 20 years as a delegate to the CMA, Dr. Andereck served as a Trustee of the California Medical Association from 2003 to 2009. He served as a member, chair, and eventually consultant, to its Council on Ethical Affairs from the early 1990’s until 2011. For over ten years he was consistently elected to the Board of Directors of the San Francisco Medical Society. He also served two terms as Editor of the Medical Society’s monthly magazine, San Francisco Medicine.

Dr. Andereck is also an accomplished writer and editor. He has published articles in several prominent healthcare and ethics journals, and has served as an editor for many publications, including the San Francisco Medicine magazine, published by the San Francisco Medical Society, Hotline, a newsletter for physicians practicing in the world of managed care, Ethical Times, the quarterly newsletter of Sutter Health’s Program in Medicine and Human Values, and the Cambridge Quarterly of Healthcare Ethics.

He served for years as a clinical attending for the medical residents in CPMC’s Internal Medicine Residency program and continues to provide the house staff a lecture series on Medical Professionalism and Ethics.